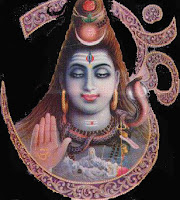 What was asked by me, O all-pervasive Lord, that stands as such. Here, an answer was not received from You by me at all, O great Lord! 1

Your body, O Lord – being of limited measure – how is it the origination of all beings, their maintenance and dissolution? 2

O Lord! Even after hearing it from You, there is a great doubt in me. You must deign to dispel the doubt in my mind which suffers from incomprehension. 4

Though the seed of the banyan tree is very tiny, the huge banyan tree always existed in it. Otherwise, how can that tree come out of that seed? 5

Similarly, O Rāma, the origination and dissolution of the beings take place in My body. Even a large mass of salt easily dissolves in water and is no more visible, but when (that water is) boiled that salt appears as before. 6

Just as light emanates every dawn from the solar sphere, similarly all the universe originates from Me, exists and then merges in Me. Everything is in Me. O Rāma of noble resolves! Know it thus. 7

O great Lord! Just as for a person confused regarding directions, the confusion is not removed even when correctly informed, similar is my delusion. What shall I do? 8

O Rāma! I will show you how all this, the moving and the unmoving beings of the world subsist in Me. But you will not be able to see this. O son of Daśaratha, I will endow you with divine vision. Through that, shedding all fears, behold the expanse of everlasting luminosity of Mine. 9-10

My majesty cannot be perceived through physical eyes either by human beings or by celestial beings without My grace. 11

Having said thus, the Lord blessed him (Rāma) with divine vision. Then he (Rāma) saw the form of the Lord resembling subterranean fire. 12

Seeing that (form) luminous like millions of lightening flashes and striking intense terror even among the brave, Rāma in sheer fright, collapsed on his knees to the ground. Rāma, the dauntless hero, fell prostrate on the ground and again and again praising (the Lord) then rising, looked as far as he could. Rāma saw the form of the Lord, the Destroyer of Tripura, with sidereal universes inside it looking like she-sparrows, in constellations of luminous blaze. 13-15

He saw (within the form of the Lord) the mountains like Meru, Mandara and Vindhyā, the seven seas, the sun and the moon, the Gods and the five elements. 16

The son of Daśaratha beheld the forests, the holy mountains, the fourteen worlds and the entire cosmic expanse. He saw the battles between the Devas and the Asuras; those born and yet to be born; the ten incarnations of Viṣṇu and the His sports in those incarnations. 17

O dvijas, He saw the defeat of the Devas, the burning of Tripura and the extinction of all that is born and yet to be born. Beholding all this, Rāma filled with fear, prostrated again and again. (At this point) true wisdom dawned on Raghunandana (Rāma), and he extolled Śankara with meaningful hymns that contain the very essence of the Upanishads18-21

O Lord! The Destroyer of distress of those who take refuge in You! Be gracious! Be gracious! O Lord of the universe! O, Thou worshipped by the Universe! Be gracious! Thou the Bearer of the , with moon adorning Your crest! Protect me, helpless as I am, from the fear of births and deaths. 22

O Lord! This world, indeed, is born only from You, in You alone the created beings live always, O Śambhu! Into You alone they undergo merger, just like trees and creepers into the earth. 23

O Wielder of the trident! Brahmā, Indra and Rudra, the Maruts, the Gandharvas, the Yakṣas, Asuras, the community of Siddhas, rivers like the , the oceans, all of them live in the midst of Your person. O Moon-crested One! Everything is illusorily projected by Your māyā. In You alone, the universe attains perceptibility. All this is perceived by the common people mistakenly (as real), just as silver is seen in a seashell or a rope is mistaken for a snake. 24-25

Filling the entire universe with Your splendour, manifesting things by Your own resplendence, O God of Gods, without Your light, this universe cannot be perceived even for a moment. 26

Great things do not rest on flimsy support. One single atom cannot support the Vindhyā mountains. This universe rests on Your person through Your māyā alone. I am convinced now about this. 27

Just as a fear-causing snake appearing in the rope has not really come into being, nor exists, nor undergoes destruction, similarly is the universe too taking shape in You, through that sheer māyā of Yours, O Nilakaṇṭha. 28

When it is enquired as to Your body assuming the nature of being, the very basis for the world of manifestation, that itself is seen to be certainly due to my ignorance. Thou art wholly the nature of Consciousness and Bliss. 29

O Destroyer of Tripura, Thou alone, being praised, bestow upon the enjoyers the fruits of the eminently meritorious acts, performance of Vedic sacrifices and charitable acts. But even this statement is not fully true because there is nothing different from You at all. 30

The Sages declare those as deluded by ignorance who mistakenly think that Śiva, Lord of the , is pleased by external acts of worship and services. How can there be any desire for pleasure for one who is formless? 31

O Supreme Lord! Even the sovereignty of all the three worlds, You bestow as a reward on those people who offer You a leaf or a little water. I deem it all as the work of ignorance. 32

You pervade all the quarters and the intermediate directions. Thou art the universe, secondless, the infinite and the eternal. Even when this universe become extinct, there is no loss to You, just as there is no detriment to space (within a pot), when the pot is broken. 33

Just as the one, single Sun in the sky gets its many reflections in various vessels of water, so Thou, O Lord, art (variously) reflected in different minds. 34

There is nothing to be done by You even when the world is created, protected and dissolved. Even then, You bestow heaven etc. on the souls beginninglessly embodied according to their mortal fruits. It all happens as in a dream. 35

O Śambhu! For the two inert bodies, the subtle (sūkṣma) and the gross (sthūla) there could be no consciousness without the Self. Therefore, the scriptures, O enemy of Tripura, speak of pleasure and pain experienced through Your reflection in them. 36

Prostrating thus before the Lord of the universe, standing with folded hands before Him, the over-awed Rāma praised the supreme Lord in so many words. 38

O Self of the universe! Withdraw this cosmic form of Yours. By Thy grace, O Śambhu, the ocean of the world (of existence) has been seen (by me). 39

O Rāma, the mighty-armed! There is nothing other than I.

Saying thus, the Lord withdrew the Gods and the other (forms) into His own form. 40

Closing his eyes in sheer delight, Rāma again opened his eyes and saw the Lord standing over the tiger-skin on the crest of the () mountain. Rāma saw Lord Nilakaṇṭha with three eyes and five faces, donning the tiger skin, His person adorned with sacred ash, wearing the serpents as His bracelets and sacred thread, wearing matted locks, blazing like lightening. (He saw) the One, the Lord of the universe, with moon on His crest, the supremely adorable, assuring freedom from fear, with four arms, holding a battle-axe, with a deer in one hand. 41-44

Then prostrating, Rāma, at the Lord’s command, sat in front of Him. Then, the God of Gods told Rāma, “Whatever you want to ask, O Rāma, you can ask of Me. There is no preceptor for you other than ” 45

Thus ends the seventh chapter called the Vision of the Cosmic Form in the form of a dialogue between Śiva and Rāma in the Śiva-Gītā an upaniṣad delivering Brahma-vidyā, and a yoga śāstra occurring in the Padma Purāṇa.

Namah Shivaya!!
Wonderful!!
Thanks a ton for publishing this part from the glorious and rare Shiva Gita on your blog friend! I've been looking for an online text on it. Can I download a full version of Shiva Gita somewhere? please let me know.
I really need to have shri Shiva Gita.
Thanks! :)
Hara Hara Hara Mahadeva!!
Nitesh
writemail1@yahoo.com

I am looking for complete book of shiv Gita. Could please tell the source / publication. It will be so kind of you.

The only English translation of the Shiva Gita is the following:

If you want to buy it online, you should be able to find it at amazon.com or bibliaimpex.com

Shiva Gita is no longer available on Amazon, but it is still available at bibliaimex:

Hi Agnideva,
I'm unable to get the phone numbers of Centernarian Trust nor availability of book to buy online. Can you please provide me anything..I want Shiva Gita.

Did you try that link above? It is available @ bibliamex for purchase.

You can get the Book Shiva Gita by S K Sundaram through Archieves net website. There are lots of rare Books in that site.
Thanks for the Blogspots and their Families.
WHOAM SANTHI. 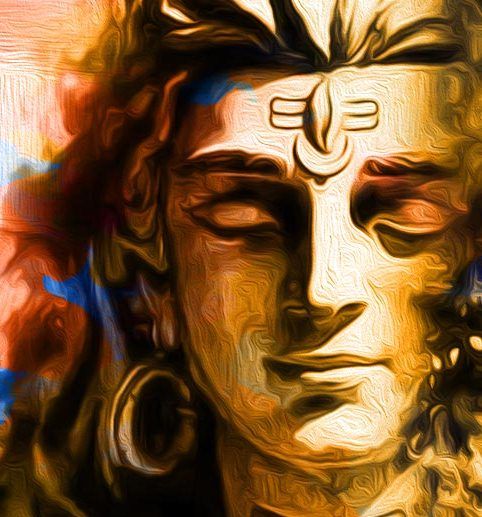 Aum Namah Shivaya. Shiva Darshana explores Shaivite theology, philosophy and tradition from the viewpoint of various schools, texts, and teachers. The path to Shiva is a mystical, esoteric and experiential one, and all posts herein are reflective of that. All original writings (articles and poems) on this site are copyrighted and licensed (does not apply to translations). Kindly email for permission if you wish to extract verbatim original writings, but feel free to link to individual posts.